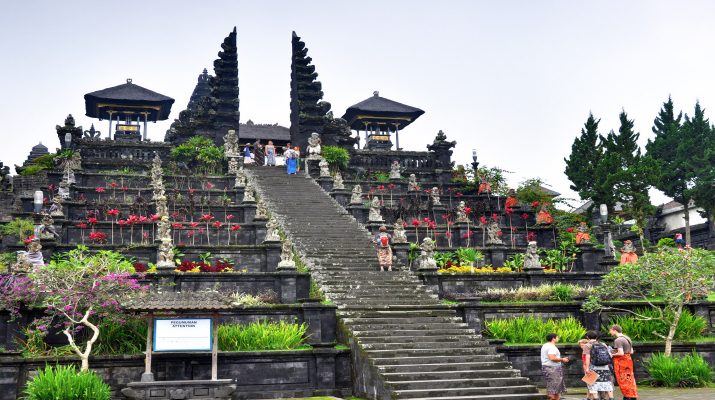 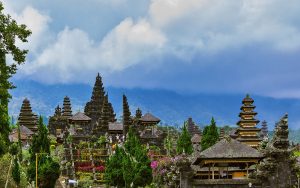 Often referred to as Bali’s ‘mother temple’, Besakih is a grand complex of different clan temples and shrines. Regarded as the largest and holiest of the island’s temples, it is located at 1,000 metres above sea level on the south-western slopes of Mount Agung. There are at least 70 celebrations held here each year as each shrine has its own anniversary. Exploring the whole site requires a day, however most visits cover only the largest and central complex, the Pura Penataran Agung. Another temple called the Pura Pasimpangan is east of the Pura Penataran Agung, and on the higher slopes is Pura Pengubengan, which has great vistas and is a half-hour wBesakih Temple, known as Bali’s ‘Mother Temple’ for over 1,000 years, sits 1,000 metres high on the southwestern slopes of Mount Agung. Besakih is an artistic and unique complex that comprises at least 86 temples which include the main Pura Penataran Agung (the Great Temple of State) and 18 others. Besakih is the biggest and holiest of the island’s temples and is surrounded by breathtaking and scenic rice paddies, hills, mountains, streams, and more. 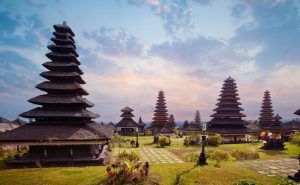 To the Balinese, visiting the temple sanctuaries is a special pilgrimage. Mount Agung’s high location gives it an almost mystical quality. Many stairs lead up to the sacred mountain, leading to the many temples that vary according to types, status, and functions. Pura Besakih features three temples dedicated to the Hindu trinity. Pura Penataran Agung in the centre has white banners for Shiva, the destroyer; Pura Kiduling Kreteg on the right side is with red banners for Brahma, the creator; and Pura Batu Madeg represents Vishnu, the preserver, with its black banners. You can visit other temples in Pura Besakih, but many of their inner courtyards are closed to the public as they’re reserved for pilgrims. Pura Besakih is the only temple open to every devotee from any caste groups. This is because of its nature as the primal centre of all ceremonial activities. 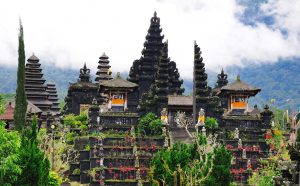 Pura Besakih was nominated as a World Heritage Site in 1995, but as yet remains unvested. There are at least 70 ceremonies or religious celebrations held each year here, as each shrine has its own anniversary, plus the big holidays based on the 210-day Balinese Hindu calendar system. Pura Basukian, Pura Penataran Agung, and Pura Dalem Puri are the mother of all village’ temples, namely Pura Puseh, Pura Desa, and Pura Dalem. Their shrines contain religious literature referring how a temple must be built. During the daytime Besakih becomes a crowded tourist trap, with self-professed ‘temple guards’, touts, hawkers, and more. Bear in mind that you should wear a proper top, a sarong, and a sash. The best visiting times of the day are in the early morning and in the evening as the complex is much quieter during these hours. The official guides are easily identifiable with their symmetrically patterned traditional Batik shirts. The service is not free, though not expensive at all either considering how big the complex is. There’s no obligation to hire a guide for tours around the complex. Sarongs and sashes are available for rent. They’re also available for purchase at the many stalls outside, and bargaining is recommended. Women on their periods are forbidden entry. Don’t forget to change money in the more urban areas as the rates here are not reliable. 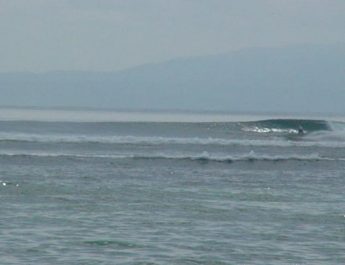 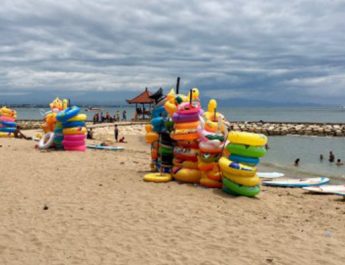 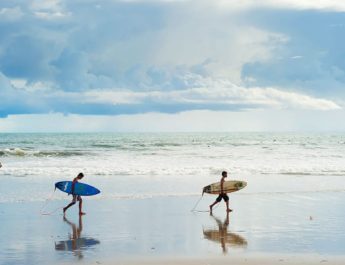