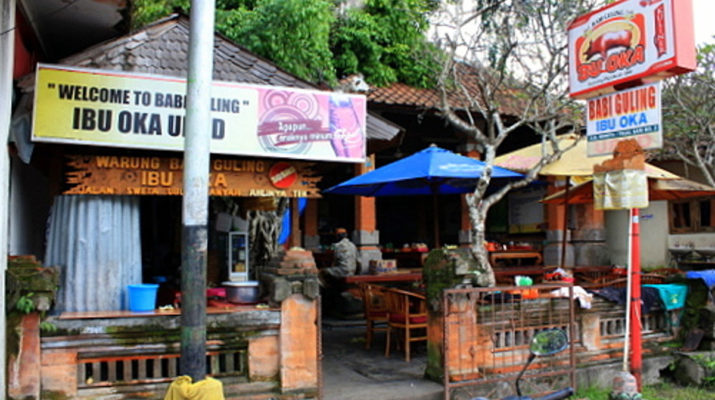 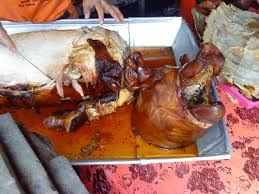 Tucked away in a spot opposite the former Royal Palace, Ibu Oka's shanty cafe is an Ubud institution that draws both locals and food lovers from around the world. Babi guling is Balinese roast suckling pig and that, and only that, is what everyone is here to feast on. The restaurant opens at around 10.30am and the tables fill up quickly. The roast pigs themselves – they get through around 30 each day – aren't cooked on the premises but arrive by motorbike, precariously balanced on a tray. Swiftly sliced up, they are served in big chunks in a rattan bowl with rice, fried intestines, spicy vegetables and Ibu Oka's secret sauce. The pork is unbelievably succulent and the crackling is the best you will ever taste. 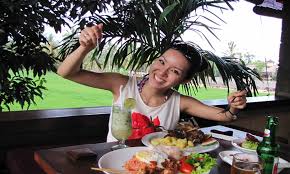 Babi guling might sound like an unusual dish to find in Indonesia, which has the largest Muslim majority population in the world (and pork is usually forbidden in Muslim countries), but the predominant religion on the island of Bali is Hinduism. In Bali, babi guling is a celebration meal, served at rites-of-passage ceremonies like, weddings. But it is also available in warungs (traditional roadside eateries) all over Bali. Babi guling is prepared by stuffing suckling pigs with basa gede (a fresh spice paste made of things like shallots, garlic, ginger, galangal, fresh turmeric, bird’s eye chilli, black peppercorn, salt, and shrimp paste), rubbing the skin with turmeric, then hand turning them on a spit over an open fire, basting them with coconut water throughout the 6 hour roasting process. 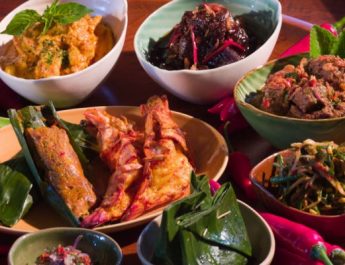 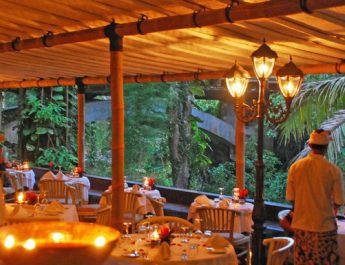